Three different designs of 12 bore gun exist, Side by Side, Semi-Automatic and Over and Under.

Side by side shotguns are usually used by traditional game shooters. As their name infers, their two barrels are side by side. 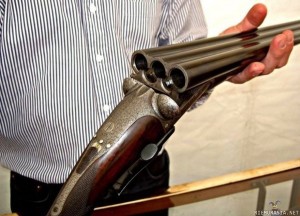 Under and overs have their two barrels one above the other. Over and under shotguns are mainly used for clay pigeon shooting. 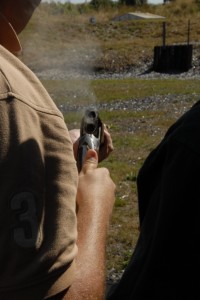 Semi-Automatics are loaded one cartridge after another into the breech, as semi autos only have one barrel. 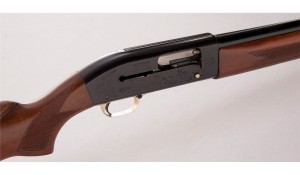 The bulk of adult shooters usually use twelve bore shot guns as they are the best combination of performance and weight for the vast majority of clay targets you will see.

twenty bore gun are often used by ladies, youngsters and by other shooters who want a light weight gun and less recoil through their shoulder.

Gun slips come in hundreds of materials, designs, colours and styles including canvas and leather.

Different types of shooting require different shooting attire and bags for cartridges. For some a pocket or pouch will be sufficient.

Protection For Your Eyes

Eye wear when shooting clay pigeons is critical because often shards of broken clay can hit the shooter as they fall and these bits are often very sharp.

It is wise to use hearing protection. Over time using a gun can damage your ears so protect your hearing with a range of hearing protection from disposable foam plugs through to electronic head phones or molded ear pieces.

People tend to have their preferred cartridges and these are usually a size and brand that they have shot well with in the past.

Different range targets often require different sizes of pellets for the best chance of hitting it with consistency. Larger shot travels further but there are less pellets in each cartridge. Lighter lead shot doesn’t fly as far but you have a wider ‘pattern’ to hit the clay with at shorter distances.

The amount of ‘lead’ that a specific target requires will depend on the velocity of your cartridge. Speeds vary from 1350 – 1650 ft/second, and a particular shot speed will favour your shooting style better than others.

Skeet shooting is the same wherever you shoot. Skeet clays fly through the same path, so you can practice skeet with near identical targets worldwide.

Skeet has seven shooting stands set out in a semi circle between the 2 trap houses, and you are given a round of twenty five targets as you move through the seven positions. Good skeet shots will expect to shoot 100 straight regularly, and it is a discipline based on concentration and repetition.

Shooting clubs that provide sporting clays put on a variety of targets which simulate different kinds of game. Each ground is different, and will usually change on a regular basis so you’re never bored!

Basic ‘Standard’ targets are 110mm in diameter with a domed centre

Midi – 90mm Diameter – a slightly smaller version of a standard

A Battue is a flat clay with a lipped rim. They often turn in mid-air and plummet to earth when you least expect it!

Rabbit – 110mm Diameter – is stronger than a standard, designed to bounce along the ground at high speed.

Shooting is a hand eye coordination sport. Using the same techniques as you employ to catch a ball, you gauge your shot so it meets the clay as it flies through the air.

The two main skills you need to be a good shot are hand/eye coordination and an understanding of what the target is going to do so you can predict it’s correct flight path.

The shot leaves your gun barrel in a cigar shape. Your challenge is to assess exactly what the target is doing so that it connects with the path of your lead shot.

Because of the speeds and distances involved, accurately interpreting what a target is doing in the air is a vital skill in clay shooting.

Many experienced guns still get caught out by clays that are designed to be optical illusions.

The moment that you squeeze the trigger, along with the speed your gun is moving are the 2 key factors that will make you hit the target. The two main techniques used by the majority of shooters are ‘swing through’ and ‘maintain lead’.

A clay requires you to have your barrels the perfect distance in front of it when you pull the trigger. Maintain lead is a measured technique of tracking the clays path, staying in front of it by the amount of lead that you think the target needs.

Swing through is necessary for faster, more complex targets and is widely used by more experienced shooters. Swing through is a more seat of the pants, gut instinct style. In the same way that your brain will work out how you can catch a mug you knock off a table, so experienced shooters can break clays without consciously measuring their shot against the target. They just know when its time to pull the trigger.

The Different Types of Clay Targets

There are 7 main targets in sporting shooting, which represent the different types of game. 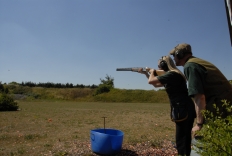 Rabbits are the same diameter as standards, but are stronger to withstand the repeated bouncing on hard ground.

Teal are considered one of the more difficult targets to hit consistently. They fly vertically upwards very quickly, requiring a swing through technique that many find difficult. In many instances they can also be hit on the drop instead of as they rise.

The trap house and landing point of the target will show you how much the clay is quartering towards you or away from you. A target that is quartering will usually need less lead than a crossing target.

Driven targets replicate birds being driven over the guns. Your gun barrels will hide the target just as you need to shoot, so you have to use a swing through technique to hit them consistently.

Incoming targets fly towards you from a variety of directions. Unlike driven clays, they normally fall before reaching the shooter rather than flying on you’re your head.

Going away clays need quick reactions and self belief. Don’t wait long before you shoot.

Loopers are very often quite far away, and often ‘quarter’ towards or away from you for added complication. There are different techniques for hitting looping targets depending on whether you want to shoot them as they rise, as they peak, or as they are dropping.